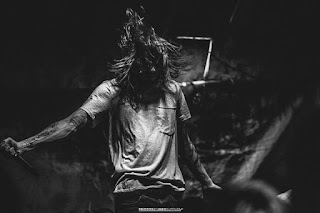 Annisokay – an up-and-coming rock/metalcore act hailing from Halle, Germany . The band have made their name by playing plenty of live performances and releasing two full-length albums. They've paved their musical foundation by having a driving, rhythmic and melodic backbone that brings to life both soulful singing and aggressive shouting.
What´s Wrong is the first single off their forthcoming album.