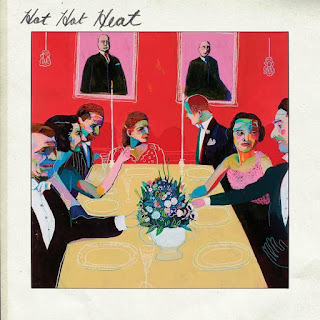 There are two paths a band can take: The one that adheres to convention or one that denies it. Hot Hot Heat has always taken the latter, breaking new ground in what is sonically possible throughout their storied career. When the band formed in 1999 in Victoria, British Columbia, the musicians were interested in rebelling against the norm and in creating songs that would generate excitement and energy while invoking an edgy pop sensibility. The result was fervent dance rock, the sort of music that impels you to move along with it, and Hot Hot Heat was at the forefront of what became a massive musical movement in the early ‘00s.
Hot Hot Heat´s new self titled album drops June 24th, featuring the new single Kid Who Stays In The Picture.