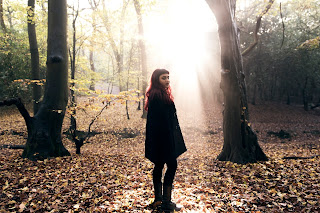 Anthemic riffs, dark, grungy perfectly describes this talented singer/songwriter. Rock’s in her blood and it show’s with her debut album ‘Tales of a Melancholic’. Pryti wrote, sang, played the guitars and bass and it has been released digitally on her label Welcome To Pariahville.
Palace of Rock had a chat with Pryti about Tim Burton, bad reviews and life in general. 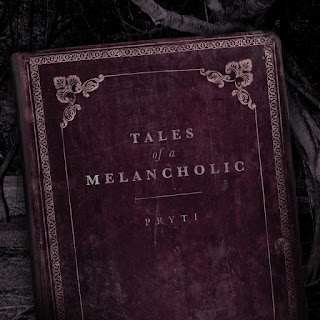 Hey, tell me about your name Pryti. It sounds Icelandic but you are from Birmingham, U.K right?
Pryti-Yes I’m from Birmingham UK my parents are originally from India and Pryti is a common Indian name.

Are your lyrics autobiographical?
Pryti-Some of them are I generally mix personal stories and subject matters that intrigue me.

You have a lot of varied influences, all from metal to folk and even electronic pop which I think reflects in your music. But do you consider yourself more as a rock person?
Pryti-Yes I’m more of a rock person but I do love different types of music and I’d never limit myself.

The dark atmosphere in your songs bring thoughts to Tim Burton´s films, how would you feel to get the offer of writing a song for a gothic fairytale if Tim Burton wanted your music in a new movie?
Pryti-That would be amazing I write my songs in mind for TV and film so that’s something i’d love to be involved with. 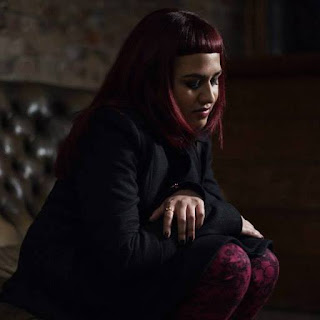 Living room concerts are a new really cool way of having the artist doing an intimate performance before a small crowd at someone´s home, is this something you are familiar with and would you do it?
Pryti-I’ve never done that before but I would be up for it.

What makes you happy?
Pryti-Family, my best friend, good music and TV.

What makes you sad?
Pryti-The news it’s always so depressing.

Which 3 albums would you take with you to a desert island?
Pryti-John Mayer Heavier Things, Deftones White Pony and Sarah McLachlan Fumbling Towards Ecstasy.

Do you read reviews of your music and does it affect you if it´s a good one or a bad one?
Pryti-Yes I read reviews if I didn’t run my own business I wouldn’t read reviews at all. I try to not let any of them affect me as I never want to have a big ego or to not have any confidence. It’s not nice though when you get a bad review but that’s business and you will get them. I always want to do better so if there’s anything constructive said then I take it on board.