Mercury and The Architects dedicate new single to victims of terror 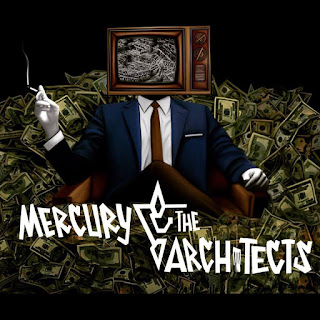 “Poets and the Beast”, Mercury and the Architect’s break out EP, has taken the band a long way in a short time. From a first place showing in an international songwriting contest, to an invitation to perform live on the stage of the famous Bitter End, this young band has been making its mark on the music scene in Manhattan for the past 6 months and truth be told, they haven’t even begun yet. Currently their break out LP is being produced and recorded at the famous Engine Room Studio with grammy award mastering engineer and studio owner Mark B. Christensen. The songs and writing style of TJ Mercury can only be described as innovation wrapped in core tradition. A new sound that embraces the philosophies of those who have come before with a prophet like vision of the future.
Their latest single Shoot The Music Down is dedicated to victims of terror and oppression around the world.