Put your lighters in the air for UK act The Hunna 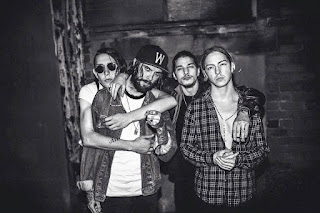 The UK alt rockers, The Hunna just dropped a climactic, slow building anthem to take you through the weekend. "Still Got Blood" made it's official premiere on Spotify yesterday.

So much heat behind these guys- they have been selling out shows back home in the UK, garnering praise from Zane Lowe, racking up millions of Spotify streams on a handful of tracks, and they've already sold out their NYC show! They've got a huge following on social media - over 116k likes on Facebook and over 1.7 million views on their last video which debuted on Facebook last month.