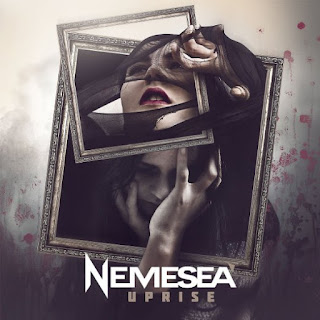 Nemesea - Uprise (2016) A new direction for the Dutch rockers
The Dutch rock band featuring Manda Ophius - Lead Vocals, HJ - Guitars/songwriting and Sonny Underwater - Bass has gone from symphonic metal to more electronic oriented modern rock on their 4th studio album "Uprise".
I was never a fan of their previous albums but I do like their new record where the best songs are "Forever", "Time to make it" and "Hold on".
A solid piece of work.
(+) I prefer this new sound for Nemesea over their former Nightwish-like metal
(-) I´m not at all comfortable with the operatic vocals in some songs 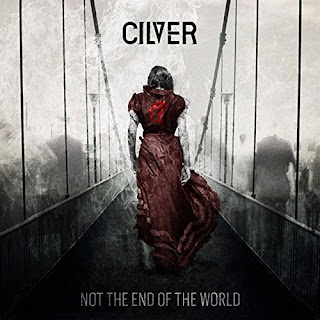 Cilver - Not the end of the world (2016) A big album with heavy guitars and hitsongs
Cilver is an international band where the members have their roots in Cuba, Vietnam, Russia and Romania.
This New York based band was formed in 2013 and released an EP the same year, featuring the energetic "In my head" with additional guitars by Bumblefoot.
"In my head" is also included on their debut full length "Not the end of the world" that is released on eOne Music, their new album is produced by the band´s guitarist Leon Lyazidi and co-produced by Johnny K.
And I must say that I´m a huge fan of the edgy sound, definitely for fans of The Pretty Reckless and Halestorm.
Not to mention that Cilver is fronted by one of the hottest chicks in rocknroll, Uliana Preotu, born in Romania but moved to the United States with her mother at young age.
I can only foresee a promising future for Cilver because this band kicks ass.
My personal favorite songs are : "I´m America", "In my head" and "Frozen".
(+) Uliana is the star here with a truly strong vocal performance.
(-) Rather pointless to write something here. 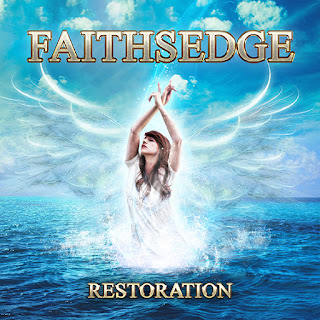 Faithsedge - Restoration (2016) In need of some "pimp my album" treatment
The 3rd album "Restoration" from Faithsedge is more AOR-ish than their previous albums, but still wrapped up in an 80´s metal package.
I compared them to Riot meets Project Damage Control on their 2nd album "The answer of insanity" but with a lack of good songs, and it´s the same story on their new release "Restoration".
The music feels rather average and the frontman Giancarlo Floridia ain´t the best singer around either, but I´m impressed by the list of credits on the musicians.
The new album features guest appearances from Tim Gaines (Stryper) - Bass, Matt Starr (Ace Frehley) - Drums, Alex De Rosso (ex.Dokken) - Guitar and Alessandro Del Vecchio - Keyboards/production.
But even these well known names can´t do miracles to mediocre songs.
(+) The song "You cannot give up" is quite nice.
(-) This album has hit the iceberg I´m afraid and is about to sink.