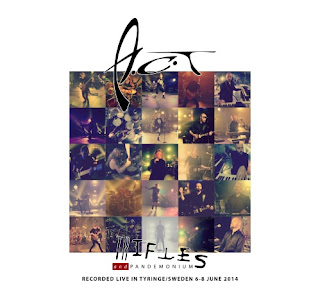 A.C.T is a great band, they´re definitely in the top division of progrock bands from Sweden that should be selling more records than they are.
Their new double CD/DVD "Trifles and pandemonium" is recorded live in an empty warehouse in June, 2014. Featuring 18 songs choosed by the fans and in a democratic way where 3 songs are taken from each of the first 4 albums plus as much as 5 songs from their latest studio album "Circus pandemonium".
This is like a best of compilation but not with the same fine production as their studio work and I do miss a screaming audience since it´s a live album, but their performance is flawless and the songs are truly wonderful so it´s hard to actually criticize this album.
I only have the CD but I bet the DVD is much more fun to watch.
Highlights : A supposed tour, Dance of Mr.Grumble, A truly gifted man
Recommended if you like Saga, It Bites, MoeTar