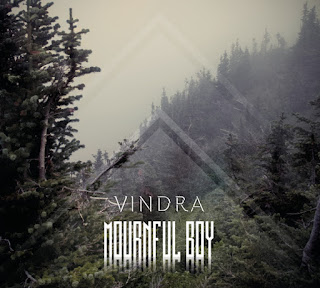 The Swedish band Vindra celebrates 10 years together and puts out an interesting album for fans of atmospheric rock, the music is both progressive, melodic and a bit mysterious.
One could easily believe that this is what happens when you put four guys in a room for a month or so, where the only albums you can listen to are with Porcupine Tree, Sunny Day Real Estate, Krister Linder and Atomic Opera.
You can hardly call it mainstream or radio friendly, this is rock with depth. Poppy choruses ain´t important here but thoughtful songstructures are.
"Mournful Boy" is a solid album that grows for each time I hear it, you should put it on repeat a few times before making up your opinion about it.
The only songs I don´t fancy that much are "In the end" with a mediocre chorus and "In life and death" that sounds like 2nd division heavy metal, but the rest of the album is candy for the ears.
This new album isn´t their first release, Vindra´s debut "Heroes of the unfinished symphony" came out 2009 and the compilation "The beginning" was released in 2011 with songs recorded between 2005-2007.
Highlights : White lie, Ghost Town
Recommended if you like Pain of Salvation, House of Shakira, Satellites and Sirens