Scream Out Loud with Just another song 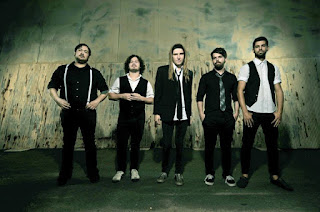 Hailing from Pensacola, FL is Scream Out Loud. They have been playing the South East circuit for several years now and drawing a lot of attention! Scream Out Loud signed to Indianola Records in Early 2011 and released their debut album 'Live It Up' in January of 2012! They have recently recorded a new EP and should be releasing it sometime soon on Luxor records.
Check out the first single Just Another Song.