Surviving The Era set to release sophomore record in June 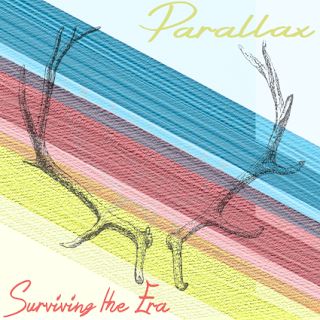 Surviving The Era hit the scene at a time when music across the board seemed to lack individuality. Inspired by everything from early Punk Rock to Top 40's, they strive to make music they love, no matter the current trend. Their debut performance, in November 2014, was in support of long time heavy hitters Emery and The Classic Crime at the iconic Sacramento venue, The Boardwalk. Since then they have played nearly 100 shows at festivals, in auditoriums, venues large and small, and house shows all over Northern California, supporting acts such as He Is Legend, Oleander, Stroke 9, Must be the Holy Ghost, Children 18:3, Burn Halo, and They Went Ghost.
In March 2016, they went into the studio with Producer/Engineer Dryw Owens (From Indian Lakes, Hearts Like Lions) at Little Russia Recordings to track their sophomore release titled "Parallax". It is slated to be released at Sacramento's "First Festival" on June 18th.
On stage they have an energy that can be indescribable at times. Like a kinetic mass of energy restrained by the precision that is so prevalent in their playing. They have be compared to the likes of Thrice, Lostprophets, Paramore, and Anberlin. If you are a fan of the aforementioned bands, be sure to keep an eye out for these guys in 2016.