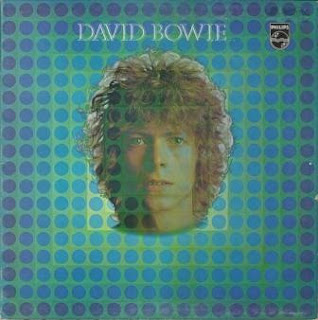 A rare copy of David Bowie’s David Bowie (aka Space Oddity) being sold for $6,826.00US… the most expensive LP EVER sold on through Discogs.
Discogs is the user-built database of music; with a catalog of more than 6,500,000 recordings and 4,000,000 artists, Discogs is the largest physical music database in the world. In addition, Discogs connects buyers and sellers across the globe. With more than 10 million items available and thousands of sellers, this is the premier spot for new releases to hard to find gems.

this is from Ron Rich, Director of Marketing.

“As morbid as it sounds, there is usually a bump in sales in the marketplace for a given artist when they pass. Collectors look to grab that piece of history, they want to own that a piece of the story.  Thanks to the accuracy of Discogs’ data this particular collector was able to pinpoint to that exact first pressing. The power of the first pressing is a classic supply-demand model. There are a finite number of that album and even fewer that were released under the title, “David Bowie” (it was later re-released as Space Oddity) – find one in good condition and you can relive that moment when you first listened to it. It’s tough to put a monetary value on that.”