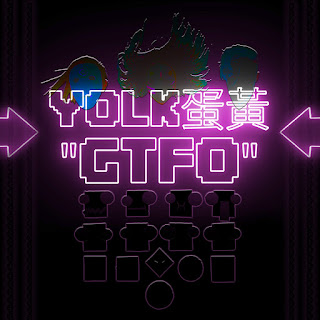 What happens to a human beings when raised in isolation without structure? Enter exhibit A; the little sister-big brother creators of YOLK, the Alt. Rock. “Delicious Pop” band from Lomita, California.
Blending Motown &  80’s synth with 2016 Alternative Rock and Chinese Erhu YOLK can best be described as The Strokes meets Lady Gaga…with a female Morrissey singer. YOLK is an all-encompassing Life/Art project for its creators, who in addition to voraciously writing music, just as prolifically pump out wild self-made vlogs, comics, and Youtube videos.From music to virtual reality content and mating dance video tutorials, YOLK’s maiden voyage into the music industry promises to be an authentic and original one… Like a UFO landing on the 405 freeway. The band’s debut single and virtual reality music video release is due out next month. Buckle-up and brace for impact. You won’t want to miss it.
Watch the 360 video of their new single GTFO.