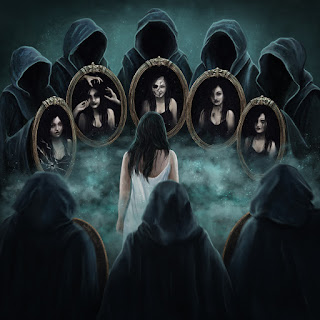 New Jersey metalcore outfit Ashes Of My Regrets has announced their six-track sophomore EP Caricatures set to release on November 4th. Along with the announcement, the quintet unveiled their new music video and single "Daydreams," taken from the forthcoming release.
Ashes Of My Regrets is a metalcore quintet originating from Bergen County, New Jersey consisting of 5 longtime friends who looked to make an impact on today’s music scene. The band came to be after multiple failed musical attempts by some of the band members. They all came from different musical backgrounds but they all had two things in common; the love for current metalcore bands and the dedication to etch a new path in the music industry.

Ranging from the hard-hitting breakdowns to soaring choruses, Ashes of My Regrets keeps the same catchy metalcore sound that everyone loves while simultaneously putting their own spin on their sound. If you’re a fan of headlining bands like Asking Alexandria, Crown The Empire, The Word Alive, Memphis May Fire, Bring Me The Horizon and Motionless In White, you will undoubtedly find something familiar while experiencing something new.

Ashes Of My Regrets is constantly working tirelessly on evolving, whether it be writing new music, or expanding their fan base. They will not rest until they exceed the goals they’ve set out to accomplish. Once you listen, Ashes Of My Regrets will be a band that you do not want to forget.

Caricatures is released on November 4th.