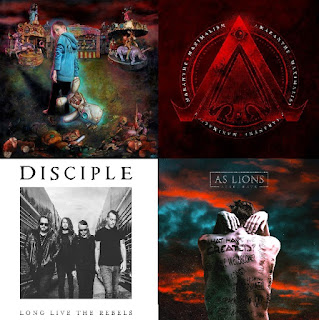 You know the feeling when you can take on the world just because you´re listening to a certain kind of music, or whenever you´re in the mood of being alone for a moment and those sad songs come in handy.
In other moments we are so happy that we feel like we won a million bucks and any other music than feel-good songs won´t even come 2nd place.
There are times when the lyrics doesn´t mean a thing and we don´t care because we just want to singalong to some cool words - like Mary Poppins´ Supercalifragilisticexpialidocious. Marvelous.
But when you´re feeling all intellectual and want a dose of that thinking-man´s music, thoughtful lyrics mean all the world to you.
Music has the power to make you feel a lot of things. 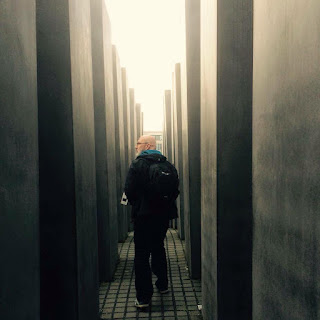 KoRn deliver their heaviest record so far with their 12th album The serenity of suffering, the second album to feature original guitarist Brian "Head" Welch since the comeback in 2013.
The songs on this numetal monster gives me the same strength as Rick Grimes in The Walking Dead, nothing can stop me. I fxxking love this band.
KoRn are as massive as the great wall of China!
Amaranthe are experts of upbeat and party-like tunes and their 4th offering Maximalism, is no exception.
The Swedish 6 piece continues with their hybrid of pop and deathmetal with 3 singers combining male and female clean vocals as well as growls, you could say it´s a winning formula since my entire body is filled with energy to the max.
The closing track Endlessly is a contender for the top 5 best songs of 2016.
Disciple refuses to give up, as long as there´s faith, hope and love, this band will  keep on going and recently also unleashed their 11th studio album Long live the rebels.
The new one features the same line up as the 2014 album Attack but with lead singer Kevin Young as the only original member left in the band since the formation in 1992.
It´s a safe buy if you´re not interested in something out-of-the-box so to speak, routines are important and this christian band follow the routines by the clock.
As Lions are a new active rock band featuring frontman Austin Dickinson (son of the mighty Bruce Dickinson), the debut EP Aftermath, might not sound anything like Iron Maiden but they do have created something unique because the music feels smart and fresh.
It´s both futuristic and with a taste of new romantic pop but in a modern rock suit,very inspiring.
We welcome As Lions to a promising career.
Upplagd av RothNRoll kl. 5:58 PM