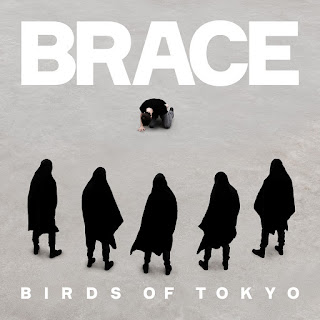 Birds of Tokyo - Brace (2016) The best record so far from the sons of Perth
The 5th studio album from Birds of Tokyo is definitely a challenging record, produced by David Bottrill (Tool, Rush, Muse), these Aussies has gone for a more darker electro rock sound on "Brace".
I wasn´t too happy about their poppy approach on the 2015 "Anchor" EP but this band is truly unpredictable because soundwise, they have decided to walk a different path on "Brace".
This is what you get if you put Vast, Depeche Mode and Twenty One Pilots in a blender, not so radio friendly perhaps but who cares? I like it and I like it a lot.
The band says the Mums of Australia is going to hate it, they´re probably right but this is what music is all about, to get a reaction and I am happy and surprised as a lottery winner getting the first million.
Bring out the cake because this needs to be celebrated and by the way, where do I send the flowers?
(+) The perfect film soundtrack to Blade Runner if it was done in 2016.
(-) If it doesn´t sell, we won´t get another record like this one from Birds of Tokyo. 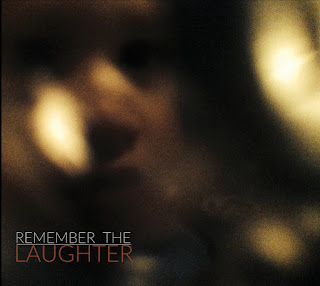 Ray Toro - Remember the laughter (2016) Nice debut solo from the MCR axeman
The story of My Chemical Romance might have ended in 2013 but the bandmembers continues to release music in new projects like guitarist Frank Iero and The Patience with the 2nd album "Parachute" out this year, singer Gerard Way released his solo album "Hesitant alien" in 2014 while bassist Mikey Way is a member of Electric Century with the brand new album "For the night to control" out now.
Guitarist Ray Toro played on Reggie and The Full Effect´s "No country for old music" from 2013 and then worked on his debut solo album "Remember the laughter" between 2013-2016.
The album is recorded and mixed in Ray´s house and he wrote, produced, sang and played most of the instruments except drums by Jarrod Alexander and Tom Rasulo.
Tim Pierce (Rick Springfield) is playing guitar on the track "Requiem" which is one of the album´s 15 tracks but 5 of those are just short pieces of sounds.
Ray´s full name is Raymond Manuel Toro Ortiz and his favorite band is Iron Maiden but "Remember the laughter" doesn´t sound anything like Maiden or his previous band MCR.
It´s a mix of new wave and alternative pop / rock in the same vein as The Outfield meets Angels and Airwaves which is really cool, the best songs are "Take the world" and "Isn´t that something".
(+) This works just fine as medication while waiting and hoping for MCR´s comeback.
(-) Less is more but the mix feels a bit too minimalistic 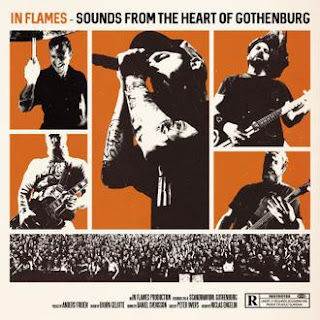 In Flames - Sounds from the heart of Gothenburg (2016) The Swedish metalgods are on fire
Sounds from the heart of Gothenburg is the 2nd live album from In Flames, the first one The Tokyo Showdown was released in 2001 so it was about time the band gave us another one.
Recorded in November 2014, in front of a sold-out venue of 10,000 fans right inside the Scandinavium in their hometown.
What a great way to close a chapter for long-time drummer Daniel Svensson who´s been in the band for 18 years, he is now replaced by new drummer Joe Rickard.
This double album mainly contains songs from the band´s 3 latest releases "Siren charms" (2014), "Sounds from a playground fading" (2011) and "A sense of purpose" (2008).
14 out of 20 tracks are taken from these albums where the songs from "Siren charms" are much harder live compared to the polished versions on the studio album.
The rest of the setlist are taken from the albums between "Colony" (1999) and "Come clarity" (2006) where the highlight is "Cloud connected", it doesn´t get more metal than this.
None of the members on their debut album "Lunar strain" from 1994 are in the current line up but that seems like a small matter since the band´s trademark comes from singer Anders Fridén, guitarist Björn Gelotte and bassist Peter Iwers.
(+) Thumbs up for the great audience that shows what loyal fans they are.
(-) If you wanted more songs from their early era, you might be disappointed.
Upplagd av RothNRoll kl. 7:40 PM