September of my years 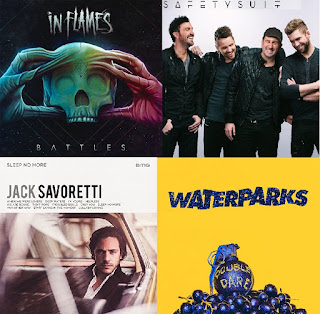 Music most often belong in a certain season, whenever a composer is about to write music for a film, it matters a lot if the scenes in the movie are to take set in the summer or fall.
The Italian baroque composer Antonio Vivaldi knew this already back in early 18th century when he wrote Four Seasons, four violin concertos appropriate for each season.
It just doesn´t feel right to listen to sad songs on a beautiful summer night when the party spirit is high or it´s almost hurtful to hear upbeat and positive dance music when you´re feeling down in late November.
This past week I´ve been listening to some season-like music and I don´t mean jingle bells in christmas.
4 new albums, 4 different seasons, diver down...........or wait till the smoke clears. 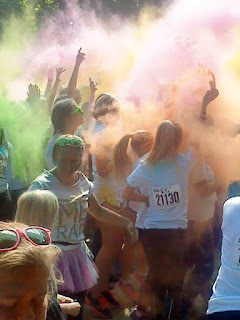 Swedish pride of metal, In Flames, continues to evolve their melodic death metal sound on their 12th studio album Battles. The fans are divided into 2 camps, the ones who love the band´s early albums and the ones who rather listens to the more melodic albums from Reroute To Remain and forward.
The band has promised to keep annoying their fans and since I´m a fan of their latter albums, Battles is without doubt one of their strongest albums in a long time.
It´s a true winter album with powerful, dark and majestic songs that will make you win wars.
American pop/rock band SafetySuit experienced the thrill of a #1 record at the end of 2012 but also endured a split with their record label and had to rebuild their entire team from the ground up.
The band recorded their 3rd self titled album with Tom Pagnotta (Walk The Moon) and Smith Carlson (OneRepublic), SafetySuit is a new start and more pop oriented than before.
Just like spring, the music is bright, hopeful and refreshing - all in all an album filled with songs that comes to life.
Italian-English singer/songwriter Jack Savoretti takes the listener right into autumn with his 5th album Sleep No More, the music is colourful, moody and melancholic and all songs has a story to tell.
Just let the emotions flow to moving songs like Troubled Souls or When We Were Lovers, he simply has a gift with that beautiful voice.
Waterparks are another cool powerpop trio from Texas that releases their debut full length Double Dare after 3 EP´s, these guys collaborated with Benji Madden (Good Charlotte) and Courtney Ballard and you´ve probably already heard the awesome track Stupid For You.
The summer vibes are all over this album, you can call it warm, sparkling and feel-good songs that will keep you up at night.
Waterparks is such a suitable name for this lovely band, I bet they go by the motto "no-off-position".
Upplagd av RothNRoll kl. 9:55 PM