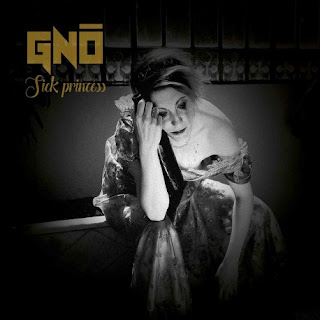 Gno - Sick Princess (2016) Mon Dieu, one big Hallelujah moment coming up!
Now what do we have here then? Some French genius and total madness of a genre-breaking sound.
"Sick princess" is the 4th album from the trio Gno that gives us a ménage-à-trois of alternative metal, hard rock and art-pop-prog. Sounds awesome eh?
With supersmart song structures, brilliant riffs and choruses-to-die-for. Gno´s new album is exactly the reason why I listen to hundreds of average albums just to get to that masterpiece I hope is the next one in line.
The band is also introducing new guitarist Djul Lacharme (Alpha Blondy), he replaced Christophe Godin who left the band after their previous album "Crass Palace". Not that I can tell if there´s any difference in the band´s sound since "Sick princess" is the first album I get to hear from Gno.
But I am enjoying every second of this musical eargasm and it was really cool that the opening track "Love is over" starts with a guitar intro that reminds a bit of Telegram by Nazareth.
For fans of T-Ride, The New Shining, King´s X
(+) Riffs, riffs and more riffs. I can´t get enuff of ´em!
(-) Too bad I already posted my Top album list, I feel ashamed, Gno should´ve been on it. Jim Jidhed - Push on through (2017) It´s fun being a legal alien
If you´re into Scandi-AOR a la Talk Of The Town, Glory and Alien, then you should look this way.
The lead singer of the Swedish melodic rock band Alien will release his 6th solo album early next year, it´s produced by Daniel Flores (The Murder of My Sweet) and is a more rocking affair compared to Jidhed´s previous solo albums "Reflektioner" (2007) and "Tankar i vinternatt" (2015).
I can´t get rid of the feeling that the new album could´ve been so much better with another mix, so why not push the release date back and remix it.
But this is what we got so.......
"If we call it love"is pure 80´s AOR and it´s written by Pam Barlow and Janet Minto and was probably meant for the first Alien album in 1988, a record Barlow and Minto wrote several songs for.
It´s nice to have Jidhed singing in English again after a couple of solo albums in Swedish but even if "Push on through" is without doubt a good album, it doesn´t reach the fine quality of "Jim" from 1990 or the amazing AOR smash "Full circle" from 2003.
Musicians on the album are Daniel Flores - Drums, Ken Sandin - Bass (Alien), Michael Palace - Guitar and Philip Lindstrand - Guitar.
(+) A standing ovation for the awesome vocals from Jidhed.
(-) I don´t like the production which is rather sharp and very disturbing, I have all the respect for Daniel Flores but he can do a helluva lot better. 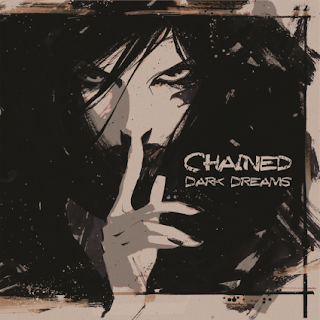 Chained - Dark dreams (2016) Echoes of the grunge era
1991 came by and said -remember me? Only in this case, 1991 has a new name, it´s Chained.
Chained was formed in Parma, Italy in 2011 where the line up today features Alberto Stagni - Vocals, Luca Pettenati - Guitar, Alberto Bottioni - Guitar, Fransesco Marvasi - Bass and Stefano Superchi - Drums.
They´ve been writing songs and rehearsed all this time to get ready to record and release their debut album "Dark dreams", heavily influenced by Five Finger Death Punch, Godsmack, Alice in Chains and Stone Sour.
The weight in their sound is definitely in grunge similar to Alice in Chains but also the metal of Metallica, I think the production is good and they pull off some great riffs once in a while but the lead singer´s bad English drag it´s overall rating down of this otherwise, solid album.
(+) The track "Shut your mouth" is pretty good.
(-) I get it why they picked that eeny-meeny-miny-moe intro but compared to Negan´s classic in The Walking Dead, this feels rather lame.
Upplagd av RothNRoll kl. 7:13 PM