Review : The Cavalry - Build your own empire 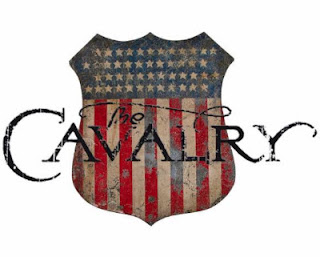 Cowboy hats and boots are for America as Vodka is for Russia and IKEA is for Sweden, and if you wear a cowboy hat and boots, the step isn´t too far that you´re a fan of country music.
The country music capital of the world is without doubt Nashville and if you add some southern rock into it, you will get The Cavalry´s new EP "Build your own empire".
This is a typical Nashville rock record for fans of Dierks Bentley, Kid Rock and DarkHorse. The Cavalry is a musical playground for Tristan Jackson who is not only the lead singer, Tristan is an award-winning film maker and he has also worked alongside with Tom Cruise, John Travolta and many other A-list actors.
Tristan co-wrote the songs on "Build your own empire" with Nolan Neal, The Henningsens and Love and Theft. The song "Red, white and blue Jeans" features Nolan Neal from the TV hit show The Voice and rockband Hinder, it´s a good song but "When the radios gone" is even better. Other bands that comes to mind while listening to this radio ready affair are Royal Bliss and Rascal Flatts.
So by now you should know what to expect from this band that recently won the Best New Rock Band Award at the Los Angeles Music Awards.