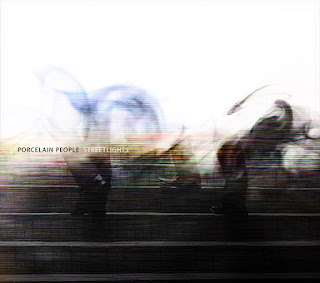 A whole generation grew up watching MTV and pop videos around the clock, kids now can´t really understand that it used to be a music channel and not the reality TV we have today.
But I guess the Louisiana based duo Porcelain People knows exactly what MTV used to be and wished they´d been around to have their music videos spinning back in those days.
At least, their music sure do makes me think of the late 80´s and early 90´s with a mix of synth pop, soul and dance.
Think Erasure meets Londonbeat with a touch of Bodies Without Organs and you´ll get the debut album "Streetlight", I think the songs are ok but I´m not a fan of Josh Thornhill´s vocal performance.
A vocal coach will get him right back on track because he has the singing part inside of him, you just have to bring it out.
Perhaps it´s not so strange that the instrumental piece "Kingdom" is my favorite song here.