The End!
Everything comes to an end so is Palace of Rock, there has been too much work posting news, writing reviews and other stuff plus the number of readers has been falling to lowest point since I started this blog in 2009. But I won´t stop writing about music so if you still want to follow my work. You can head on over to http://www.melodic.net/ where I will continue to write reviews and post news.
Thanks for following my blog.
All the best / Kaj Roth 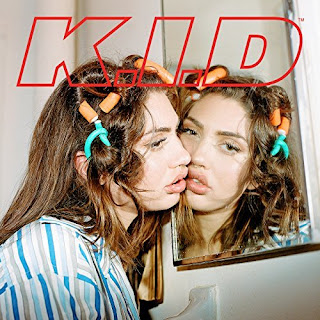 K.I.D performs songs about sexual frustration, anxiety, insomnia and other personal crises. While most modern pop seems to center around topics of love or the high life, K.I.D are providing a soundtrack for the highly medicated and the depressive. K.I.D's new EP “Poster Child,” available digitally everywhere today via Columbia Records, can be streamed and purchased here: http://smarturl.it/PosterChildEP

“Poster Child” features "Boy," a song the band describes as a "suburban love anthem about blue balls," and "I Cannot Sleep At Night," an insomnia diary set to dark electronic production. The EP includes previously released tracks “Errors,” and “Taker,”.
K.I.D, known for their visual flair and dark sense of humor, will also release a new video directed by Bradley & Pablo for “Taker” next week. 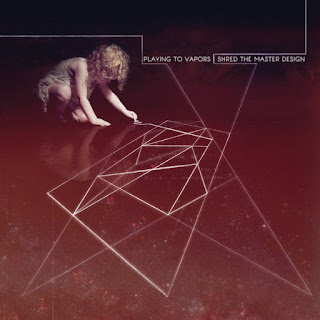 Playing To Vapors is an independent band from Columbus, OH with a unique style groove-based alternative rock.
Shred The Master Design is a follow-up to their 2015 EP A Glitch In The Void, a record that Mike Breen from City Beat calls "airy ambiance full of crafty rhythms, hypnotic, progressive guitar lines and vocals that recall the elastic brilliance of the late, great Jeff Buckley." The release helped them land a slot on the Bunbury Music Festival where they opened for acts such as The Black Keys, The Avett Brothers, and more. Shred The Master Design has many of these same elements, but the band sought to throw out old practices (hence the title) and for the first time ever, recorded to tape. Many decisions had to be made in the moment and some songs were crafted as they were tracking. This really added to the raw aesthetic that can be heard throughout the songs.
The song "Switchblade" is an indie/math-pop jam about being young and impressionable, and finding it difficult to know who to trust. The video (shot by Chance Duffy) captures the raw and frenetic energy of the track, using stimulating visual effects that make you wanna dance...and maybe check the contrast on your laptop.

Shred The Master Design is released on June 16th. 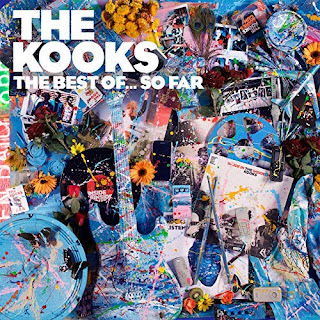 "Brighton Rock" is one of the first songs I heard with Queen, the song is from 1974, the same year ABBA won the Eurovision Song Contest with "Waterloo" in Brighton, U.K.
In ´74, The Kooks frontman Luke Pritchard wasn´t even born yet but in 2004, he formed the band The Kooks in Brighton together with guitarist Hugh Harris, bassist Max Rafferty and drummer Paul Garred.
A decade later, the only original members left in the band are Pritchard and Harris but they can look back on almost 2 million albums sold worldwide and one no.1 album with "Konk" in 2008.
The first ever compilation and greatest hits album from the British rock band The Kooks includes the singles from their 4 studio albums and 2 new tracks, "Be who you are" and "Broken vow".
The major part of the songs are taken from their debut album "Inside In/Inside Out" from 2006, the band and the label even picked the non singles "Seaside" and "Matchbox" from the first album so they must be pretty attached to it.
I think it´s a decent compilation with a few up´s and down´s but you can´t blame ´em for repeating themselves, The Kooks has developed their sound for each album and for the better because I´m not too fond of their debut.
Highlights : Be who you are, Is it me
Recommendable if you like The Vines, Noel Gallagher´s High Flying Birds, The Strokes
Upplagd av RothNRoll kl. 7:44 AM No comments: 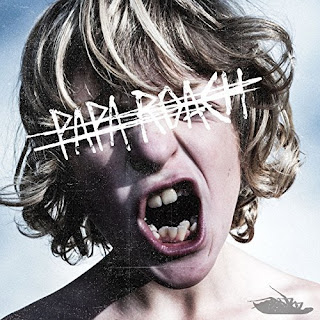 I guess it´s the sign of the times for rock bands to look at trends, see where the wind is blowing and go in the same direction.
In my 50 years of existence, I have never seen the music business dominated of pop as the times we´re living in now. Punk is pop, rock is pop, metal is pop, hip hop is pop, everything is pop!
The lines have been erased so to speak.
I don´t mind pop music, on the contrary, I do like my weekly dose of pop but I want my metal to be metal and so on.
That´s why I can´t take the 9th studio album "Crooked teeth" from Papa Roach too seriously, it´s their weakest album so far and soundwise it´s a pop record with elements of rock and hip hop.
I get the feeling they included a few rock songs just to make the old fans happy, so what´s next then? A duet with Zara Larsson?, a remix album by Kanye West?
And by the way, Imagine Dragons called and wanted their song back (Born for greatness).
Upplagd av RothNRoll kl. 7:13 AM No comments: 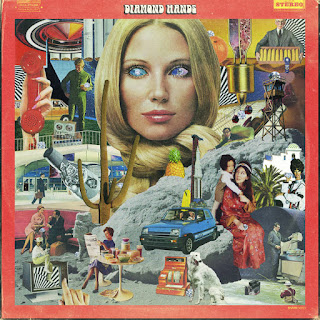 Diamond Hands - Diamond Hands (2017) Kool Kat Music
Produced by Jon Flynn / Joel Wall
POWER POP
Tracks : 1.Not the same 2.Maybe tomorrow 3.See you again 4.Waste my time 5.Just another day 6.Siren song 7.Nothing left to lose 8.Come home 9.Old man 10.Alone with you 11.Not quite sure
http://diamondhands.bandcamp.com
www.koolkatmusic.com
3 out of 5

The debut album from Los Angeles based Diamond Hands was previously only available on Vinyl but is now released on CD by Kool Kat Music.
The band features Jon Flynn and Joel Wall, two guys that probably grew up listening to The Beatles, E.L.O and The Beach Boys.
With a foundation like that to stand on, it´s easy to understand why their album sounds that way.
The music is well performed and I immediately got an idea that I should recommend this album to Jessie´s Barbershop where I get a beard cut once a month, their playlists are built on music with a 50´s, 60´s and 70´s feel.
Wings meets Mott The Hoople in "Just another day" which is my favorite song, it´s a solid album but this song stand out.
For fans of Phantom Planet, Beady Eye, Supergrass
Highlights : Just another day, Not the same
Upplagd av RothNRoll kl. 8:53 AM No comments: