After 10 drop political single War In The Streets 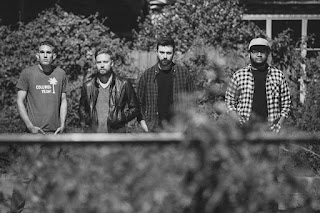 Columbia based four-pieced After 10 channeled the punk rock dynamism of the likes of the Foo Fighters, Blink 182, and Stone Temple Pilots, yet they took it even further with their heavy guitar riffs, rebellious lyrics, and aggressive tone. Their songs speak to the constant societal pressure to follow the corporate path, and in turn choosing to walk your own one. The band is made up by singer Marshall Beattie, John Vail on guitar, Eugene Hammill on bass, and Alvin Gawai on drums. After 10 went through a series of drummers, and guitarists in their first year as a band, but the group finally came together in 2016 and released the EP "Rebel" in 2018. Followed by the brand new song "War in the streets", out on iTunes and Spotify now.