It´s not too late for Half The Animal 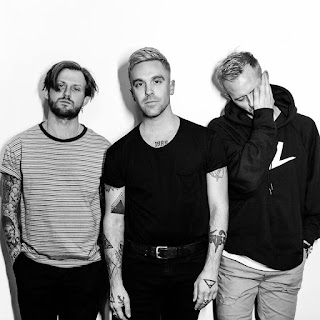 Chase Johnson and Nick Gross met in the third grade. Growing together from such a young age they developed the kind of friendship that turns into brotherhood. Butting heads against each other, but standing back to back against the world. They bonded over their love of music, in particular the give-no-f’s ethos of their native Southern Californian punk scene. Drawn to the spotlight from an early age, Chase fell easily into the role of frontman (didn’t hurt that he could actually sing). Nick loved to beat the crap out of things, and discovered he could do that with a modicum of coordination--hence he became the drummer. Their high school band was scooped up by a major and somehow ended up on a hit reality MTV show (with Chase unwittingly emerging as a focal point).
These new songs with Captain Cuts and Sam Martin will be the cornerstone of the 2018 launch of Half The Animal. They have radio smashes in the can, but will be rolling things out slowly and building organically throughout the year. The first record they are letting us hear is “Too Late”.