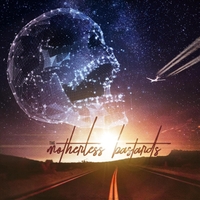 Evan Frankfort (The Spiritual Machines, Les Friction) is a busy man, he is involved in two new projects : The Motherless Bastards and Why Wolves.
Why Wolves has released their first single "War Cry" on iTunes with another single, "I Will Rescue You" coming soon.
The Motherless Bastards has released the debut single "Say Aye" on CDBaby and another new track "Thing of grace" available on Youtube.