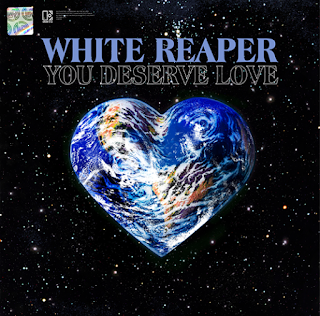 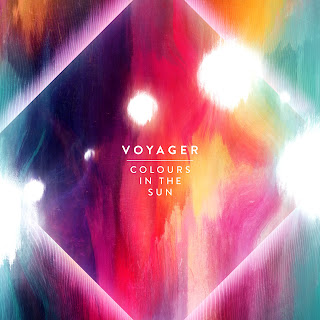 Yes, there you have it. The brand new album from Aussie progmetallers Voyager, out Nov 1st.
Check out the band´s epic new single Colours. 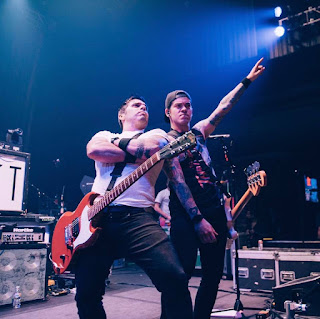 Patent Pending is an acrobatic gang of musical misfits from Long Island, New York. With a never-say-die attitude and enough live energy to power Times Square, the group is set on giving listeners a reason to forget about the chaos of everyday life. With shows growing in size from basements to amphitheaters, from VFW Halls to sold out headlining shows in the United Kingdom, they've never let go of the genuine DIY code of ethics the band was founded on over a decade ago. The live show, which has been described as "psychotically fun and dramatically moving," is an inspiring testament to the passion the band pours into every aspect of their lives. With the support of their incredibly loyal fanbase, better known as The Second Family, Patent Pending has released an impressive number of albums and EPs, including the most recent Other People's Greatest Hits in 2017.
Which leads us to 2019 and the first new song from Patent Pending in three years.

Troi Irons share emotional ballad Hold On To Your Heart 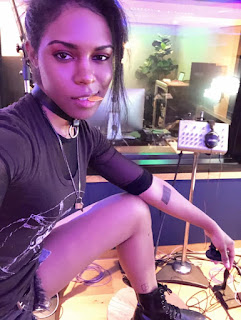 Los Angeles based singer/songwriter Troi Irons share emotional ballad "Hold on to your heart", the new single is out now.

The Hunna with the infectious IGHTF 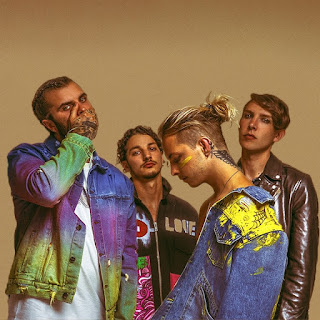 Toothgrinder announce third album I AM 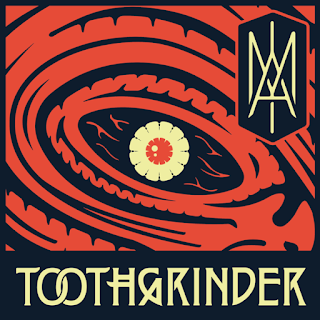 New Jersey rockers Toothgrinder will release their new album I am on October 11th through Spinefarm Records, featuring the title track as the new single.
Track List:
1. The Silence Of A Sleeping WASP
2. ohmymy
3. My Favorite Hurt
4. No Tribe
5. no surrender in The House Of Leaves
6. shiVer
7. The New Punk Rock
8. too soft for the scene, TOO MEAN FOR THE GREEN
9. Can Ü Live Today?
10. The Fire Of June
11. I AM

Incubus are gearing up for the upcoming 20 Years of Make Yourself and Beyond Tour, starting in September. The band has also released the brand new track "Into The Summer".

Starset audio of Where the skies end single 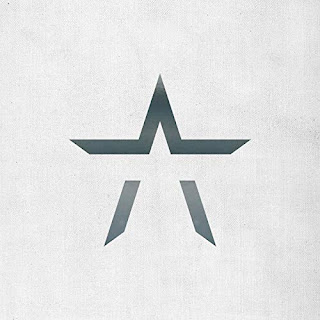 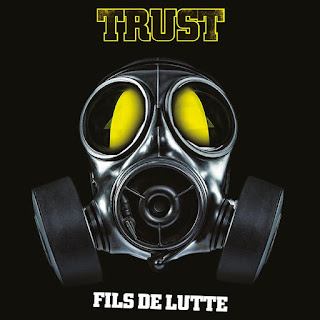 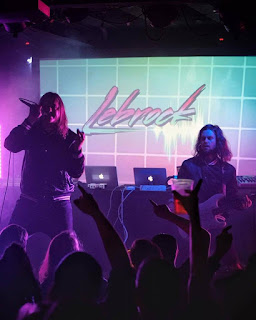 Synthwave’s foremost rockers are back with one of their most powerful tracks to date. Simultaneously epic and intimate, "Takes All Night" pairs dream-like synths and robust guitar chords with a heartfelt vocal performance that will keep listeners glued to their speakers. The composition is packed with inspired touches, from percussive accents and hand claps to a vigorous guitar solo, and it reveals a pair of artists at the top of their game.

"Takes All Night" follows on the heels of "Bright Lights," and the singles pave the way toward the group’s next major release. Both new songs bring the act’s signature hard rock sensibilities to spirited creations that never back down, and they signal big things to come from LeBrock.

Diamante is definitely around 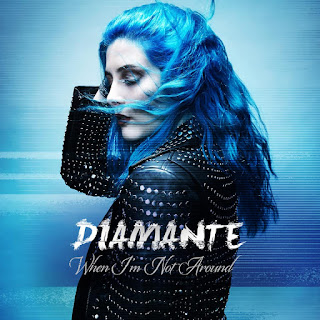 She´s back, everybody´s favorite rock donna Diamante! Check out the brand new single/video "When I´m not around".

Get the Verdict from Dear Agony 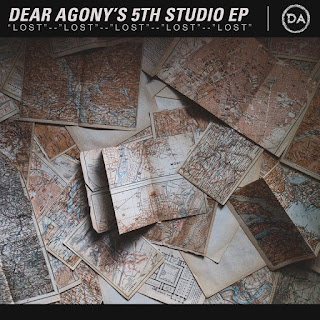 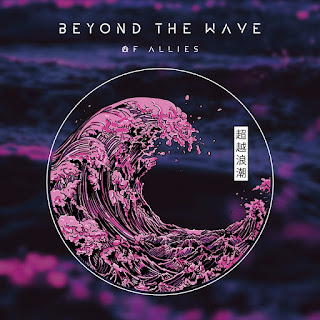 For fans of Twin Atlantic, Lower Than Atlantis, Mallory Knox and Deaf Havana, Of Allies tread the lines between alternative rock, melodic rock and UK rock whilst always hinting at something darker.
Of Allies´ new single "Beyond The Wave" is available now. 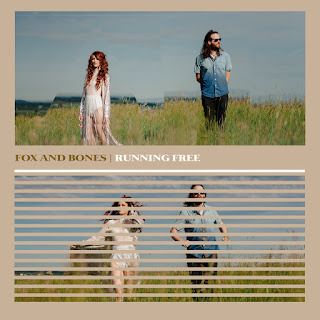 Oregon-based duo, Fox and Bones, release “Running Free” the heartfelt and optimistic single about the ebb and flow of life. The single is a blissful blend of folk, rock, and pop that leaves the listener suspended in a wonderfully stylistic web. “Running Free” is now available for download and streaming on digital music platforms worldwide. 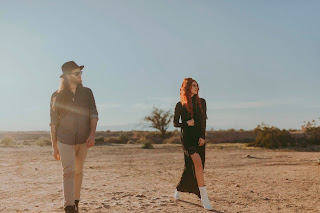 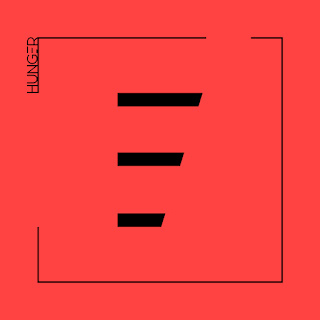 Ambitious alt-rock trio HUNGER, have released their new track, "My Shirt Your Dress." The song is the second single off of their forthcoming record, Mosaik. With a chilled melancholic sound, HUNGER stray from their trademark synth-based tracks and embrace a moody, dark pop, soundscape. "My Shirt Your Dress" is now available to download and stream across all digital media platforms worldwide. 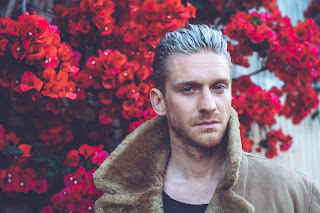 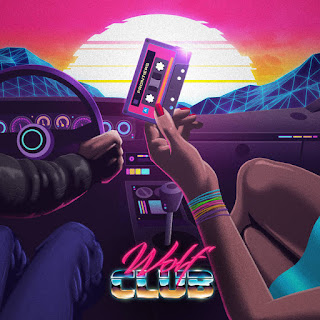 W O L F C L U B are back with another amazing album! Made for the summer lovers and synth-dreamers out there, "Frontiers"is a neon drenched synth escapade full of infectious melodies and summer anthems. A must for all Dreamwave lovers Frontiers is a continuation where previous album "Infinity" ended. Frontiers is available in digital and limited physical copies in 2 variations on Bandcamp. Get yours before they go! 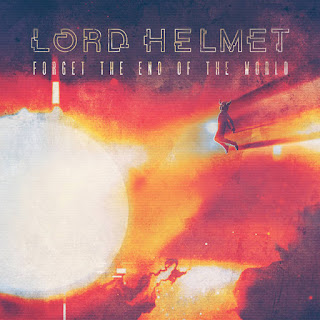 Chock-full of high-energy post-progressive rock with a Bowie vibe, "Forget the End of the World," the debut album from bassist/guitarist/vocalist David Tomkins (ex-The Shadow Principle) and drummer Adam Figura (ex-Sloth), will appeal to fans of Steven Wilson, Porcupine Tree, Muse, Dredg, The Pineapple Thief, and Riverside. 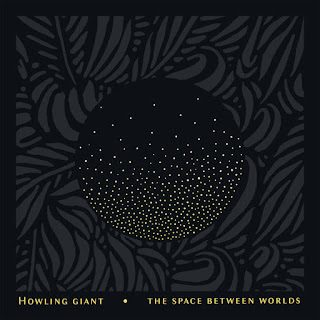 The Space Between Worlds is a concept album that follows the story of a huntress who travels the infinite metaphysical worlds brought into being by the dreams of humankind. In these realms, she encounters a dream eater which threatens to unravel the fabric of reality by devouring dreamers and destroying the dimensional gateways.

With the addition of new bassist Sebastian Baltes (son of longtime ACCEPT bassist Peter Baltes) to the band, the band has expanded their already impressive vocal harmony approach with the addition of a third voice. Friend of the band Drew Harakal adds extra sonic textures to the album with his organ and synth skills. And Jason Shi of ASG appears with a guest vocal cameo on the track Ice Castle.

Highlighting the band's tremendous musical prowess and versatility, The Space Between Worlds is a warp trail of heavy rock and roll so weird it can only be called progressive, giving space to every sonic weapon in Howling Giant's arsenal, and all bound by the album's central concept and the members' towering musicianship.