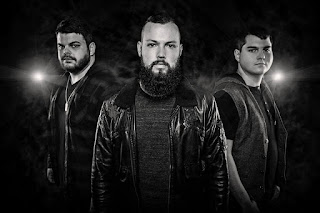 Formed by Marshal Huffman and Dale Huffman in 2009 in Spruce Pine, North Carolina, the band has had some great members over the years, but is currently continuing with the strongest lineup yet. Marshal Huffman delivers the feel and message of the music with digging rhythm guitar and sometimes rhythmic, sometimes melodic vocals, Bret Rogers brings a voice to the lead guitar to accentuate the rhythms  and melodies, and on drums, Dylan McLain drives the beat right into your chest.

After charting on Billboard's Christian Rock Top 10 with "Come Home", having almost daily plays on ChristianRock.net, approaching 5,000 monthly listeners on Spotify, playing Cornerstone back in the day, and recently performing alongside similar artists like Ashes Remain, Decyfer Down, and Scott Stapp, it's easy to see that the love of music produces some great experiences and successes. Relentless Flood is blessed by the opportunity that listeners from around the world create.
Relentless Flood´s latest album "Escape The Fall" was released in 2018, today the band delivers their next single "In Your Wake". 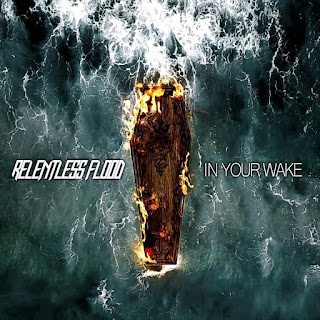