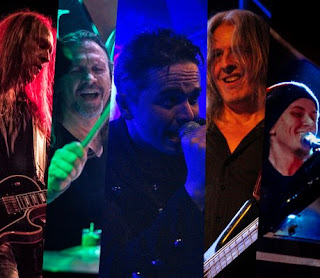 SIGN X have emerged from the Hamburg/Germany based cult band Châlice, which released 7 CDs since the early 90s and played various shows with rock gods like Deep Purple, Alice Cooper, Uriah Heep, Saga, Doro, Tesla, Magnum, Steve Lukather and many more.
Since the band, singer Gino Naschke and keyboard player Axel Hoffmann have decided to go separate ways, the remaining team is heading for the future under a new flag.
With Michel Jotzer on the keyboards and the exceptional singer Sebastian Zierof, who is well known as "Udo" in the successful musical "Hinterm Horizont", not only the Châlice songs are played with fresh blood. The boys are ready to release their brand new "Like A Fire" on December 6th on Pride and Joy Music.
Listen to the track "Chasing The Wind" taken from their 2018 EP.