Just a small town kid livin´ in a lonely world 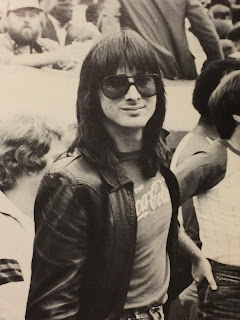 Stephen Perry was born on January 22, 1953 in Hanford (a small town in California´s San Joaquin Valley), the only child of Raymond and Mary Perry. "I remember growing up in a white stucco, two-bedroom house. I used to hang out with the kids who lived across the alley. I was an only child with no brothers to help me out, but Ifinally stuck up for myself, and they accepted me, then it was okay. I listened to a lot of radio; that´s where I heard music first; that´s where I heard the outside world coming into my little town, and I used to have dreams of going to that outside world. Every experience I can think of, even some we write about, still comes from there. It´s a pretty inspirational area to grow up in, and I still go home there all the time to look up old friends and get together".

Steve lists Sam Cooke, Jackie Wilson, and Marvin Gaye among his early musical influences. "My father was a singer in the Big Band Era and he won a contest that Frank Sinatra had done all the time to give away a free contract and a chance to make records. He was in the second finals, but didn´t follow through because he had family...he had this little runt running around. When I was 8 years old, I told my mother I wanted to be movie star. I´m a singer....I got close". 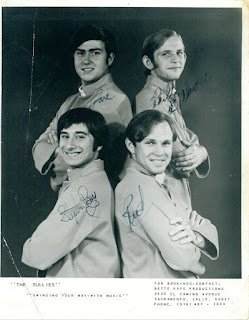 Steve´s parents divorced when he was young, and his mother remarried. "I was in boys´ choirs when I was in elementary school up until junior high. When I got into high school, I pulled out of choirs and started a band called The Sullies because I started playing drums. I was a drummer/singer for about 8 to 10 years and I still enjoy playing drums and singing".
While growing up, Steve worked with his stepfather Marv as a carpenter, but his dreams of becoming a singer prompted him to leave the small town life of Hanford for Los Angeles. He attended the College of the Sequoias in Visalia, CA, and though his band was approached by several labels, it just didn´t happen, and the group broke up. "I then went back to L.A and floated in and out of groups, ending up back in the valley where I worked with my step-dad as a construction worker". 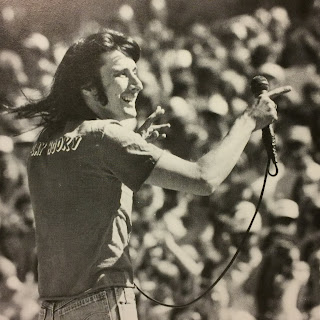 In 1977, Steve hooked up with drummer and friend Craig Krampf to form a blues/rock group called Alien Project together with Stevey DeLacey on guitar and Richard Michaels Haddad on bass. "I was really excited about it and we were just about to sign a record deal with CBS, and then on the 4th of July weekend, the bassist was in a fatal car accident. That stopped my life again. It seemed the closer I got, the bigger something would have to be to knock out my chances. So I finally decided, I Quit!. I called CBS and told them, then I called my dad and moved back. Not long after, I got a phone call from CBS saying this band called Journey was looking for a singer"
The rest is history.

The Alien Project demo features the songs My My My*, Harmony*, Makes No Difference*,
If You Need Me Call Me+, Hold On
* was later released on the 2006 re-issue of Street Talk
+ was later released on the 1998 compilation Greatest Hits plus Five and re-recorded for the 2006 re-issue of For The Love Of Strange Medicine
Guitarist Stevey DeLacey is credited on the 1978 solo albums from Gene Simmons and Paul Stanley and later went on to perform with Johnny Winter before he passed away in 2014.

Here is another pre-Journey demo with Steve Perry called "Get your face out of here".