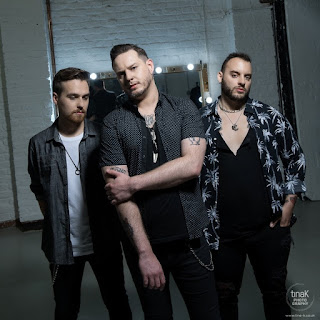 Brighton riff rockers, The Rocket Dolls, consisting of Nikki Smash (vocals, guitar), Joe Constable (bass, backing vocals) and Be Since 2018’s critically acclaimed album “DeaDHeaD” the band has toured extensively, accumulating miles of road experience, to support the likes of ‘Massive Wagons & Massive’ and playing festivals such as ‘Ramblin Man Fair’ & ‘Planet Rock Stock’ & ‘Hard Rock Hell’.
Their third studio album “The Art of Disconnect”, which will be released on May 1st, is the result of a successful crowdfund campaign in the midst of the Pledge crisis. Undeterred, the band relaunched the campaign from their own merch store, and smashed their target, which clearly indicates the goodwill & support that the band has built from its loyal fans over the years.
Check out their latest single Enthusiasm and Fumes from "The art of disconnect".