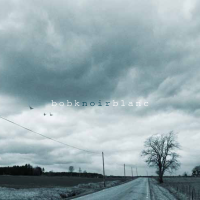 I was very impressed by the Swedish band Bob K´s previous album "Fragile" from 2010, and it was with pure joy I opened a package this week with their new album "Noir / Blanc". This one is recorded in Los Angeles and Oslo by David Larring (Kevin Max) and it´s truly a luxurious production that will take you through various soundscapes, the best way to describe the album is.....the melancholic rock of Kent meets the stadium pop of Snow Patrol with a touch of the raw Britrock of Feeder and the beauty of Mew´s colorful harmonies. Bob K should be one of the premier rock bands from Sweden, let´s hope this album will take them out in the world. I adore songs like "Angel", "Mayday" and "For Ash".