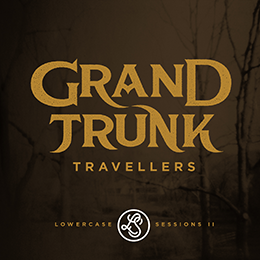 Grand Trunk Travellers are a music collective backing up Karl-Johan Jonsson, a music poet who writes melancholic indie pop songs with traces of folkrock.
The first "Lowercase Sessions" was released in 2013 and now the follow up is out with 6 new tracks, performed on acoustic guitar, glockenspiel, pump organ and a mini drum kit.
I won´t be surprised if this is gonna be David Lynch´s new favorite band, the music is perfect as a soundtrack for a Lynch film.
If you dig bands like Crash Test Dummies, Popsicle or Mumford and Sons, you will like songs such as "Honey" and "Sarah". Those are my faves.
Upplagd av RothNRoll kl. 9:00 AM