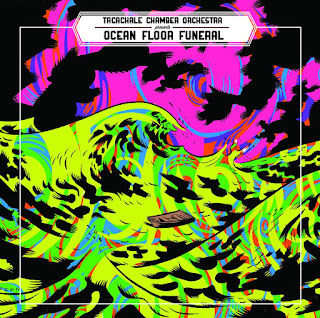 Tacachale Chamber Orchestra - Ocean floor funeral (2015) A psychedelic deep water circus
I don´t know what to make of this music adventure, I´m not sure I´ve heard anything like it before and I haven´t decided if it´s a good thing or not.
"Ocean floor funeral" is the debut release from Florida based Tacachale Chamber Orchestra, a project led by Matthew Bert Goode who has composed and produced these pop hymns.
The music would do just fine in Twin Peaks or Bagdad Café, perhaps David Lynch will make a few calls once he hears about this strange band for the upcoming Twin Peaks episodes.
This could be interesting for you if you think The Beach Boys meets Mercury Rev with a touch of The Polyphonic Spree sounds like a cool mix.
I still have to figure out if I like it or not. 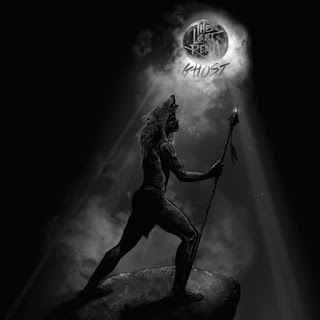 The Left Ready - Ghost (2015) Alive and kicking power trio
"Ghost" is the 2nd EP from American rock band The Left Ready featuring Mike Murray - Vocals/Guitar, Chris Krager - Bass and Joel Metzler - Drums.
The first EP as well as this EP are both produced by Andy Prickett who also co-produced OneRepublic´s 2009 album "Waking up", besides the producer part, they don´t have anything else in common with OneRepublic.
The Left Ready delivers rock and roll from the same backyard as The Black Keys, Rival Sons and Buffalo Killers. Just crank it up and let it swing, this is what it´s all about. Loud noise and screaming guitars.
Imagine a small crowded club and this band on stage, not to mention a cold beer in the hand. Then you´re settled and ready to rock.
The two songs "Will to survive" and "Out like a lamb" are really great, well crafted tunes and performed with passion. 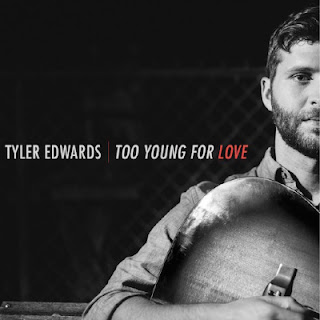 Tyler Edwards - Too young for love (2015) Heartfelt music that will put you in a good mood
Florence is a small town in South Carolina with a population of 37,000, during the civil war the town was an important supply and railroad repair center for the Confederacy.
The city of Florence was chartered in 1871 and incorporated in 1890, a few generations later singer / songwriter Tyler Edwards was born and as a grown up he started playing in the rock band I Anthem with songs breaking Top 10 on Billboard´s rock charts.
But as a solo artist, his songs could very well have been played on the porch on a wooden house in Florence back in the late 19th century.
Folk and country music has it´s roots in this era and Tyler´s songs are timeless, all you need is an acoustic guitar, a tambourine and a violin player and you can play along.
This is a nice EP where "Headed for the coast" is my personal fave. 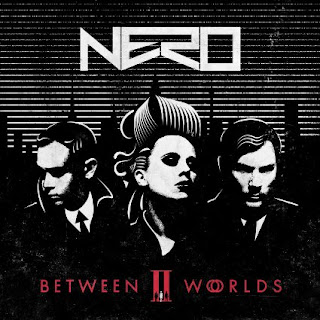 Nero - Between II worlds (2015) The masters of dubstep 2.0
I became a fan of this band after their collaboration with Muse on the track "Follow me" from Muse´s "The 2nd law" in 2012, the instrumental version of the song was also the main theme for the blockbuster film World War Z.
So I had to get back to Nero´s debut album "Welcome reality" from 2011 to see what the fuss was all about in media, this band received praise from all over the web and was winning awards like the CCCP´s hockey team scored goals in the 70´s.
I was shocked to hear their synthesizer sounds were just as heavy as any metal band and with Alana Watson´s perfect pitch, the winning formula of this band´s aggressive electronica shot an arrow right into my heart.
And the new album "Between II Worlds" is even better, the music is like the holy grail of dubstep. Many have tried to find it, when most artists failed to succeed, Nero sits like kings on the throne, not threatened in any way.
The title track sounds like legendary film composer/director John Carpenter would´ve recorded a theme for a new Matrix sequel, it´s majestic and irresistable.
Fill your personal jukebox with this album and let the music pump in your veins.